People move to a new country if they expect their lives to improve. Robust infrastructure, favorable climate, and stable governance all contribute to a country’s appeal. Basic income takes this to the extreme. A country with basic income actually pays people to live there. 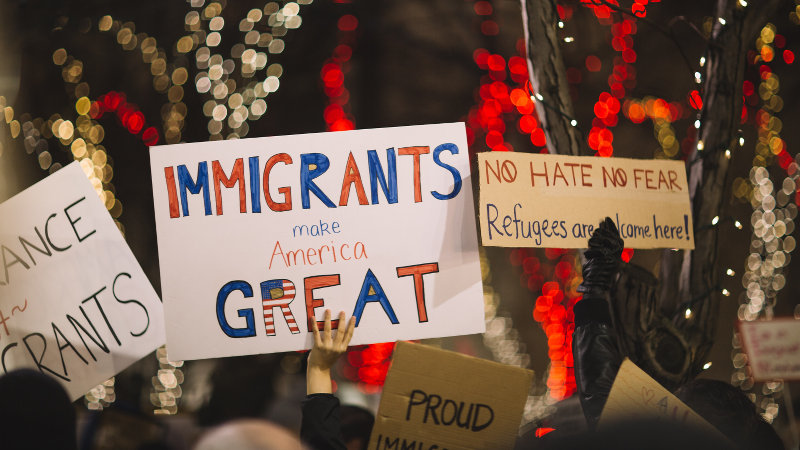 So is basic income incompatible with open borders? How could a country hand out money to immigrants while simultaneously inviting everyone to immigrate? What’s to stop people from moving to the country, taking the money, and draining the country’s resources until its economy collapses? Nothing, right?

It turns out not to be that simple. Last July, at Boston Basic Income, we discussed the subject of immigration as it relates to basic income.

From Krugman, we have a 2006 New York Times blog post entitled Notes on Immigration. In it, Krugman begrudgingly admits the economic need for immigration restrictions.

Should migration from Mexico to the United States be celebrated, because it helps very poor people find a better life? Or should it be condemned, because it drives down the wages of working Americans and threatens to undermine the welfare state? — Paul Krugman | Notes on Immigration

Krugman does not specifically mention basic income, but the same principles apply to any “unearned” benefit.

In his famous 1978 lecture, What Is America?, Friedman deftly articulates the tension that supposedly arises from combining open immigration with a welfare state.

They kept trying to figure out … how you could get the benefits of the information and the incentive effects of the price system without also using it to distribute the income.

You will see that I have come back full circle to my paradox about immigration—because that’s exactly why, in the modern kind of welfare state, free immigration is not really feasible—because in that kind of state we have gone too far in eliminating the function of the price system for distributing the income as well as providing information and incentive. — Milton Friedman | What is America? 35:13

Friedman rightly insists that money provides the necessary incentives for markets to allocate resources. In other words, to get people to do things, you have to pay them for it. When people immigrate to trade their labor, then we know they’re giving something back.

Friedman’s mistake is in assuming that immigrants' only source of income must be jobs. Immigrants can still have an incentive to work even as they receive other benefits. No law of economics says that the wages necessary to incentivize labor somehow correspond to optimal levels of consumer income. A properly calibrated basic income can exactly make up the difference. We can have both the right amount of labor and the right level of consumer income.

It is indeed a problem when we under-incentivize labor, but it’s also a problem when we over-incentivize it. To the extent that we create jobs to push money to workers, we’re not doing it because there’s actually work that needs doing. By insisting that we force people to get their full incomes through the labor market, Friedman is causing the very outcome he abhors: government interference with efficient markets.

Basic income advocates often tout Friedman’s support of basic income. Friedman supported a “negative income tax,” which is basic income paired with an income tax. After Friedman’s lecture, the first question from the audience asked him to reconcile his desire for open immigration with his support for basic income.

That’s a very good question because, of course, in that form they are incompatible. I agree. And that leads back to the question of the negative income tax. If you were starting from scratch, if you did not have any welfare programs at all, if you were back in the situation when you did have open immigration, I am very dubious that I would be in favor of a negative income tax. I am not in favor of a negative income tax as a good thing in and of itself. I am in favor of it as superior to the present welfare mess and as a way in which we can possibly move from where we are now to a situation under which you could have open immigration. — Milton Friedman | What is America? Q&A 00:17

Friedman wanted to use basic income to simplify the welfare system with the intention of eventually phasing it out. This is hardly the person we should be citing if our goal is to institute basic income as permanent economic infrastructure.

Friedman imagined an “ideal” world in which people would only immigrate if they had labor to trade. He forgot that there are always going to be other incentives. Basic income works just like any other non-wage incentive to immigrate. The larger the basic income, the greater the incentive, and the more people who will want to move.

Open immigration will undoubtedly change the level of basic income our economy can sustain, but it in no way precludes a basic income. We can calibrate our basic income to a level that perfectly balances immigration incentives with labor market incentives. This maximizes the collective well-being of everyone involved: immigrants and current residents alike.

How would open immigration change the sustainable level of basic income? Would the it increase or would it decrease? What would be the magnitude of the change? These are questions to which I can’t provide definitive answers.

I do have a hunch though. My hunch is that humans are incredibly valuable. My hunch is that a country with more people is going to be more powerful in the end. In addition to providing an incentive to immigrate, money allows immigrants to participate in the economy as consumers and it unlocks their potential to contribute even further.

We can’t open up our borders all at once. Cultural integration and other logistics present some challenge. But it’s an ideal worth working toward. Basic income and open borders are a match made in heaven. The first country to embrace this powerful combination will lead the way in ushering humanity into a new age of global peace and prosperity.